On the weekend I was fortunate enough to attend the Sydney Joomla day. This was actually was the first day long Joomla event I've attended and it was from my perspective a hands down success. It's great to meet folk that I've only ever spoken to via twitter and to spend more time with some of the local Melbourne Joomla crew too.

Joomla is about people.

I've heard people say this before and I must admit, it always sounded like hyperbole. However this Joomla day really helped me to see that Joomla at it's core is about people.

Even though I communicate (via keyboard) every day with people on our forum, via email, skype and twitter, nothing beats talking face to face with other Joomla users and in particular users of your own product.

When you are knee deep in code or design, it's easy to forget that the end user is a complex human being with a myriad of intellectual and emotional processes that drive their experience. Sure enough some of that emotional complexity comes through in (some) users' forum posts or emails, but on the whole, we miss the majority of the non-verbal communication that happens when typing is the medium of communication.

Meeting face to face with users is key to understanding the impact that your product has on your users and really helps to place that work in a real world context. And I must say that I am genuinely humbled by the feedback I get from our users and love seeing how they put what we build into practice.

I was also completely chuffed to hear Andrew Eddie say that our templates "put him in touch with his inner Joomla." That sort of off the cuff and in the moment comment is priceless.

Bootstrap and Joomla 3.0 are the flavour of the month.

Not surprisingly there was a lot of talk inside and outside of the sessions about Joomla 3.0. The discussion was overwhelmingly positive and there was a genuine sense of excitement about the new release.

Bootstrap was spoken about in almost equal measure to Joomla 3.0 and there was a lot of curiosity from users who were new to bootstrap as well as enthusiasm from seasoned bootstrap pros.

I was interested to hear in Jen Kramers keynote speech that the Joomla project helped to contribute to some recent accessibility improvements to the Bootstrap project. In August this year, Andreas Tarr participated in a code sprint with other accesibility aficiandos, which lead to some of the accessibility gems gleaned from Joomla over it's lifetime being included in the Bootstrap code base - now that's open source power there for you.

You can read more about Andreas visit in the Joomla community magazine. 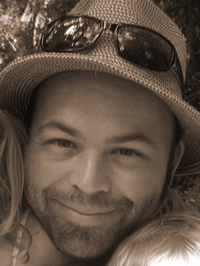 I'm a little bit guilty of this myself - I'm wearing a hat in my avatar, which hides the fact that I'm among the hair challenged.

Part of the fun of the day, for me at least, was trying to match faces against avatars. I think in most cases I spotted everyone I know via twitter. If I didn't come up and say hi, please sing out next time you are in Melbourne or update your avatar :)