Something new is coming ... 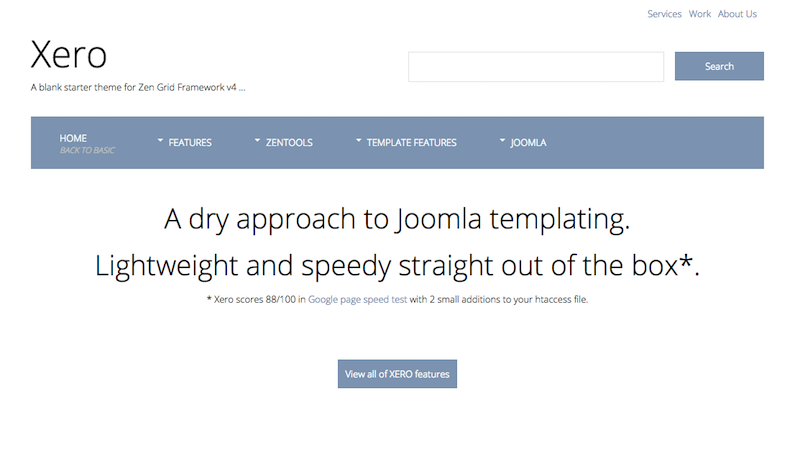 I write this blog post as an update for our members who might be curious about what's going on at Joomlabamboo.

Joomlabamboo as you may or may not know is a small business. By small I actually mean very small when measured against other template club standards. It's primarily myself doing design and development, with the tireless support of Rob and Paul working on our forum and ticket system. Rob also works on code development amongst his other freelance committments.

In a lot of respects having a small team works in our favour. We have direct contact with our customers and provide a personalised support experience that is rarely matched elsewhere. We also get to work on code directly, implement new features and initiatives more freely.

The main downside to this of course is that when things go awry or take longer than expected then our productivity tends to fall. We are at the end of one of those periods at the moment.

The last month or two have been somewhat challenging on a personal note with some unexpected extra committments plus some ill health to make things even more complicated. This has lead to a delay in releasing our October theme - Xero.

So long and thanks for all the T3

The release of Xero also marks a significant change in direction for us. We are moving away from developing themes on the T3 Framework and moving to a new version (complete rewrite) of our own Zen Grid Framework. Xero is the first theme to be released on the Zen Grid Framework Version 4.

Back in January 2013 I announced that we were moving to using T3 as our preferred Joomla Template Framework and since then we have released some beautiful feature rich themes.

As I look back at that decision I still believe that it was the best decision for us to make. However over the last few months it's become increasingly clear that we (and our products) would benefit if we took the framework back "in house". The result of this decision is a completely rewritten version of the Zen Grid Framework.

The decision to move to the T3 framework always meant there there would be compromise. And while the compromises have generally been small, relative to the benefit of using such a powerful framework, I had always felt uncomfortable about relinquishing control of our core code base.

Moving back to Zen Grid Framework means that we have complete control over the future development of our themes. We get to decide how and when things are developed and have complete autonomy over the direction of that development.

One of the key things that I wanted to focus on in the new framework was page speed. And as you can see below ... that focus has paid off. Straight out of the box Xero scores 88 or more in google page speed tests with two small additions to the site's htaccess file. The test I just ran for this blog post as you can see scored 93/100! As a note that page also includes a slideshow and multiple images.

I think adding Bootstrap to Joomla was an important step in it's development but I've never been 100% comfortable with it being built into the Joomla front end. While I agree that it adds a much better integration with core and non-core components it also adds a lot of unnecessary overhead to theme development and of course to page weight. 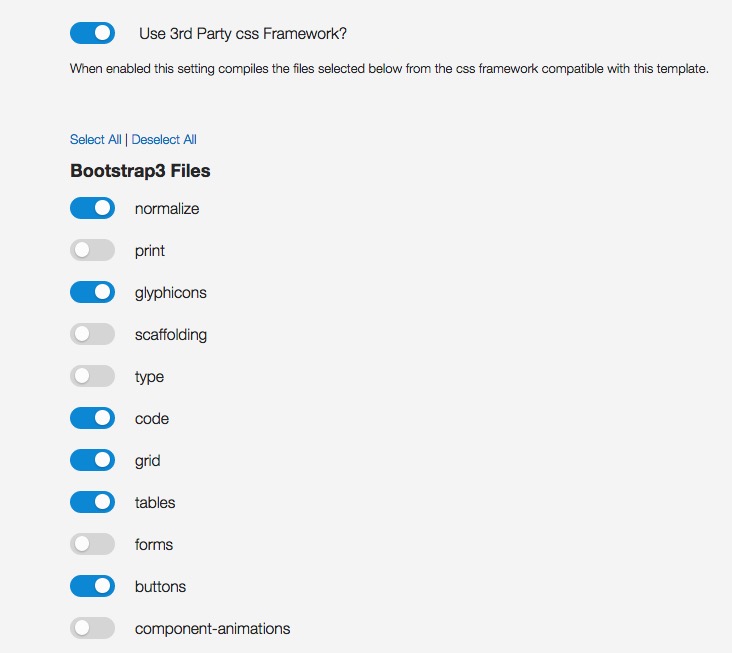 ZGF4 themes have a selective implementation of the Bootstrap CSS. Bootstrap is entirely optional and not required if using just the Joomla core content and components in your site. If you are using a non-core component that requires bootstrap you can now add selected Bootstrap elements for compatibility with that component without adding the entire bootstrap library.

During the development phase of the new framework I looked into how both Gantry and Warp provide support for Wordpress within their codebase. ZGF4 will follow a similar principal to these dual platform frameworks so that moving themes from Joomla to Wordpress will be a relatively easy task. The wordpress version of Xero will be available shortly after the release of the Joomla version of Xero.

Older themes will be easy to upgrade

One of the main considerations I've kept in mind while developing the new framework was to ensure that our older T3 and ZGF themes will be able to be easily updated to use the new codebase.

ZGF4 themes follow a very similar workflow to T3 and in many cases the markup and template code will remain unchanged. My hope is that upgrading T3 themes to ZGF4 will take a matter of hours to implement.

One of the issues that prevented us from releasing updates for our older themes to Joomla 3 more quickly is the added complexity of moving themes to use Bootstrap. However since ZGF4 themes are independent from Bootstrap it means that updates to older designs for Joomla 3 compatibility will be available much sooner.

For our users moving to ZGF4 from T3 should be an easy process. ZGF4 themes contain more or less the same feature set as our T3 based themes. In fact some of the T3 idiosyncracies that added to the increased learning curve with that framework are not present in ZGF4 themes so it may even be an easier process.

The user interface for the ZGF4 based themes slots nicely into the Joomla admin. It features an easy to use sidebar with icons, lots of space with descriptions and some delightful sliding checkboxes. 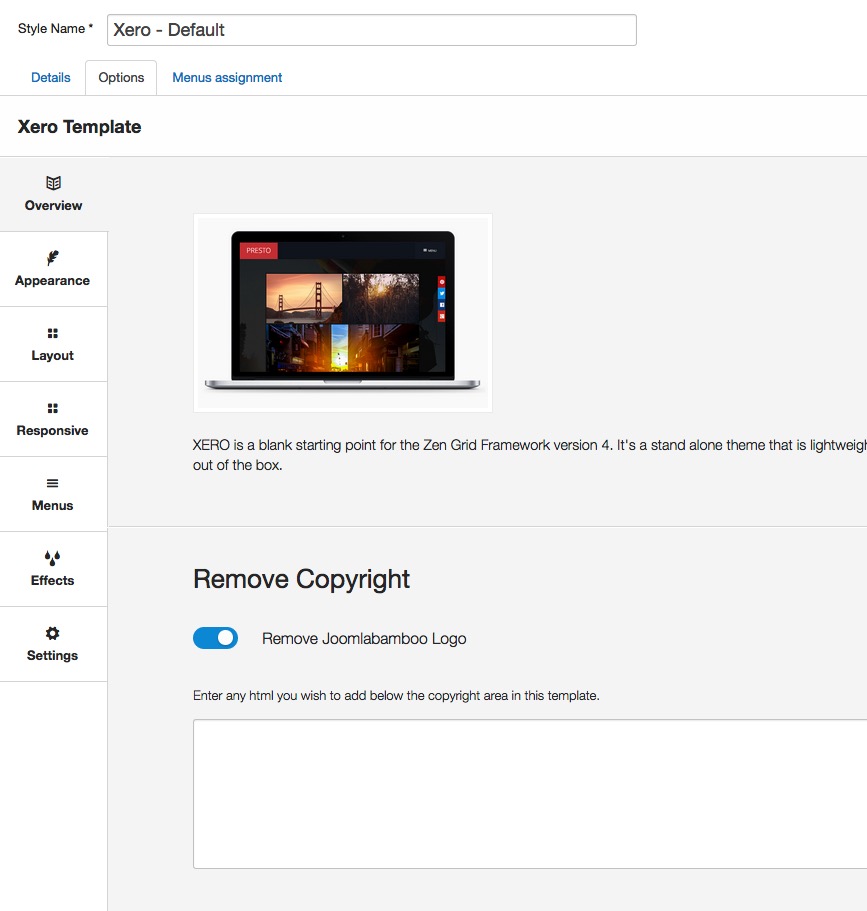 ZGF4 themes use a draggable / resizable layout tool that is similar to the T3 layout tool. The tool itself is a simplified version of T3's and contains a single panel to handle the layout of various elements across the page.

While the initial release of ZGF4 based themes wont have a themer like T3's Theme Magic (that will come in future updates) it does have a simplified colour control that will undoubtedly suit some users. 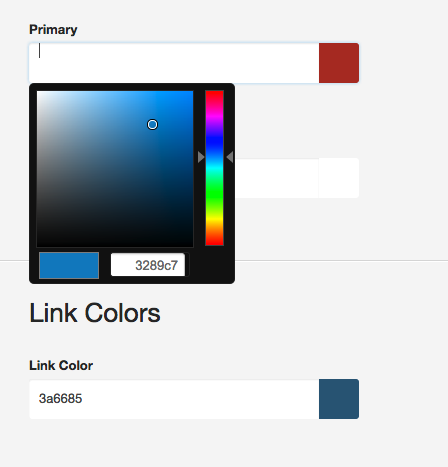 As with our T3 based themes, ZGF4 based templates provide ample control over the display of fonts on your site. 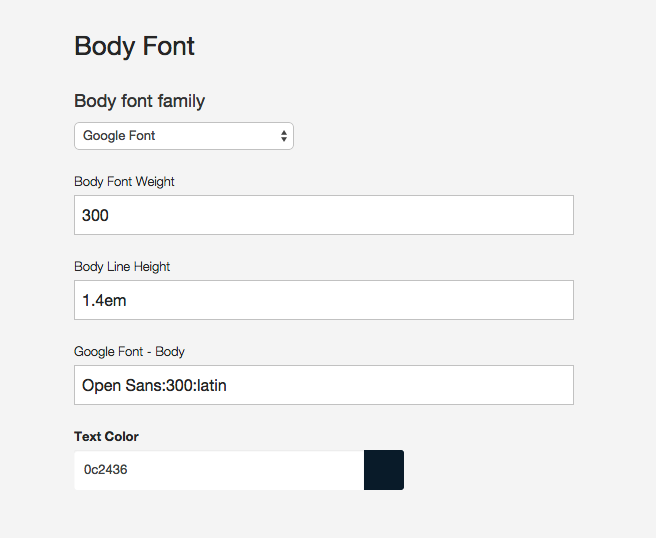 One element of the T3 workflow that frequently tripped folks up was the fact that module positions didn't collapse. This meant that you needed to uses multiple template styles for layouts that went from having a sidebar to having no sidebar. ZGF4 themes have the option to force the widths of non-complete rows so that the modules collapse and spread evenly in a row.

The first release of ZGF4 themes will have off canvas, select and toggle menu options as well as the ability to specify no change for use on small screens. 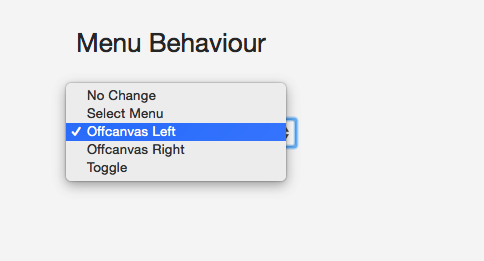 I also wanted to make it super easy for users to specify breakpoints for various screen sizes and control the behaviour of on page elements easily. Breakpoints are easily set in the template as per the screenshot below. 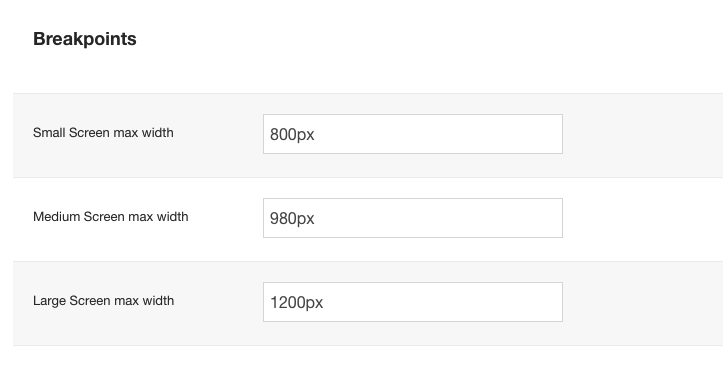 Lazyload, Back to Top and Sticky Nav

Easy to develop with ...

Another key feature of ZGF4 themes is that it's very easy for developers and site builders to add to and customise themes with.

Users can add / customise from either the admin or from the within the code. There are options to add javascript files to the javascript compressor from the admin. 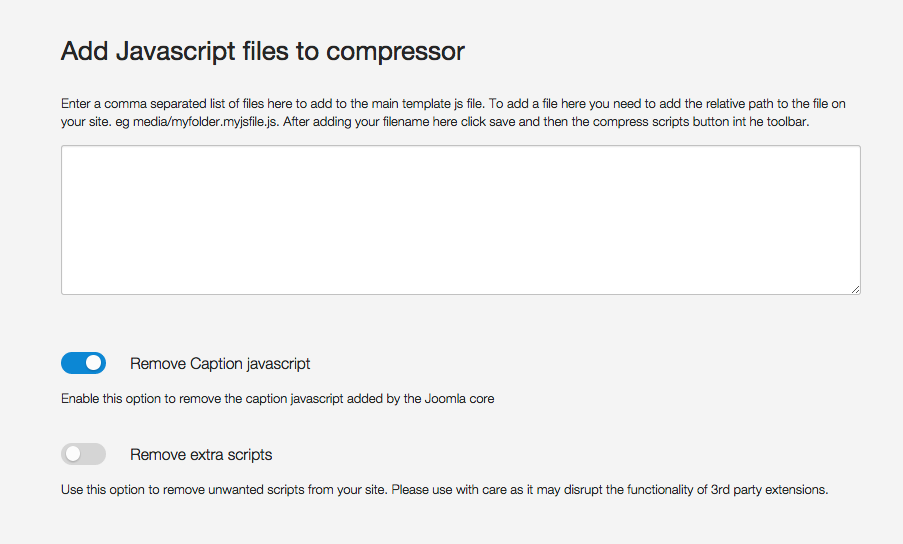 While the assets file allows more developer minded folks to add javascript and css dependancies from within a dedicated assets xml file. The files listed below are referenced by the compressor or when the theme is used in developer mode.

Users can of course also directly add scripts and code to the head or body of the template from within the template admin.

More under the hood and more to come ...

Ill be releasing a comprehensive set of documentation for Zen Grid Framework Version 4 and will discuss the architectural improvements in more depth there.

When will Xero be released?

Xero will be released by the end of this month and shortly after it we will release Rasa2 - A ZGF4 based theme based on our original minimal design from 2010 - Rasa. Those two themes will be considered releases for October and a completely new design for November will follow in the next few weeks.

Here is a screenshot of the ZGF4 based version of Rasa. 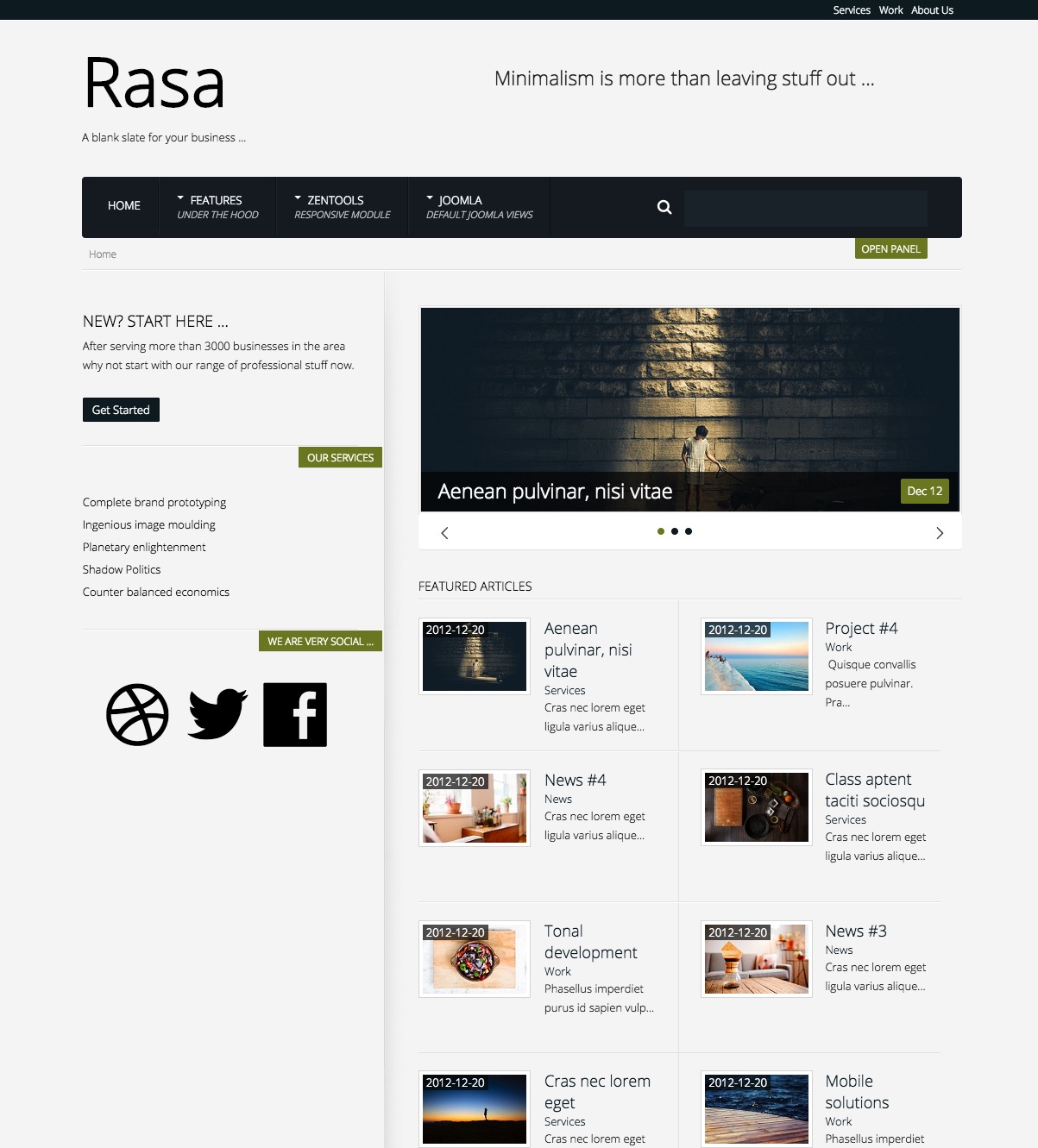 Thankyou for your support and your patience ...

I know that our decision may affect some of our members adversely and I'd like to apologise for any inconvenience that this change in direction may cause. I am confident though that the move to ZGF4 will mean a much improved experience for all of our users and a much better quality product in the long run.

As an update here for our members I have just released a beta version of the Xero template. Getting the last 5% done always seems to take much longer than the preceeding 95%.

Over the last few weeks we have received some great feedback from our users about the interface and the functionality in the theme and so we decided that it was better to delay the release of the theme and the new framework until we had these new additions locked in.

I'm happy to say that it's very cery close. Close enough to open it to a public beta for our members. If all goes well Xero will be released on Monday and Rasa will will be released by the end of the week.

I will also be updating the Zen base theme, our free starter template, to the Zen Grid Framework v4 in the following week.

Thanks again for your patience - we are super excited about lettign this out into the wild so you can get your hands on it.