I'm using Backgrounder and noticed that the 'toggle menu' for phones does not work - nothing shows up on a smart phone. Even on your demo page, making it narrow did not invoke a menu button, so no way to navigate.
After a few hours of trial and error, I finally had 'Btn' appear on the top right of my phone page. However, there seems to be a limited selection of buttons - none of them is the 'standard' 4 bars that zen-bars offers, and none of them would suggest to a viewer that tapping it will bring up a menu.
Question: is it possible to have the 'zen-bars' there, instead of the default buttons?

I also noted that the Italian template, does what I want - provides the bars when the page gets thin. But this is done via off-canvas panel. I tried to do the off-canvas for the Backgrounder, but with no success (I even changed the position to left, instead of right, but still nothing appeared.

I'm open to suggestions as to which method to use to create the menu button (with bars) for phone viewing.
Some instructions on how to do it would also be very helpful.

Do you see the toggle menu?

Cheers
Paul
The administrator has disabled public write access.
Thanks Paul,
Yes, I see it. I must have messed something up in my template settings for it not to work for me.
Where can I find the default settings for this, so I can change things back on my website for the toggle menu to reappear?
The administrator has disabled public write access.
Hi Nick, 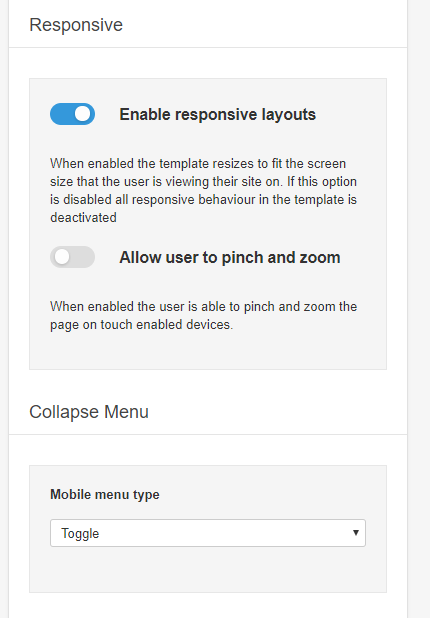 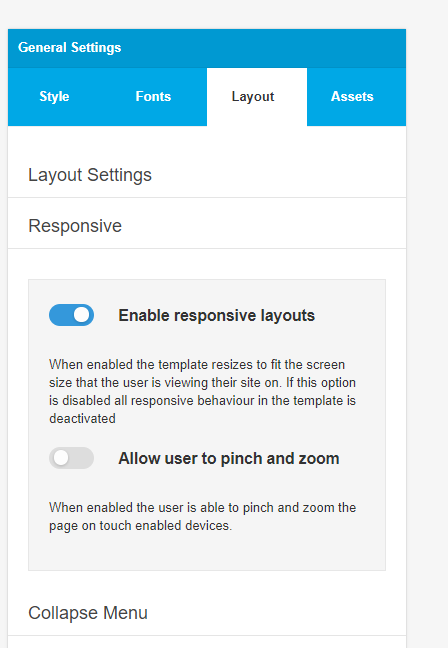 The administrator has disabled public write access.
Thanks Paul,
I managed to get this to work by placing the toggle-menu in the top-right row of the template, and setting it to hide for widescreen and tablets.
Now it remains permanently on the phone screen, even when scrolling - which is perfect.