I'm having a look at the new template and on the homepage of your demos site, I've noticed something with Zentools2 slideshow.
The circular discs ( at the bottom of the slideshow) move around slightly each time the slide transitions, then after the transition the active circular disc moves down a nudge (so it's not perfectly aligned within the circle). 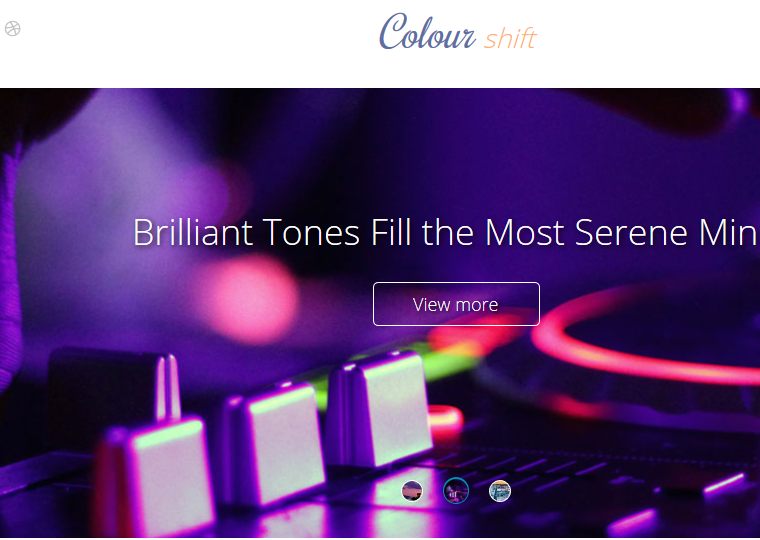 Do you not think the effect works?

Aah, I get what you're saying. I've now noticed that the disc thumbnails enlargen slightly however, it does look like they're getting 'pushed' around each time the slide changes (because the other discs move when the active one enlargens)...so I think that's what makes it look inconsistent.
Maybe if the discs were fixed in their positions (even when the active one enlargens), then I believe it might look right?!

The thing I mentioned about the discs dropping down just a nudge isn't part of the effect I believe (happens after the transition ends) - from the screenshot above, I believe you'll be able to see that the disc isn't aligned in the centre of the circle, it's moved down by like 1px or something?

Regards,
Aadil
The administrator has disabled public write access.
ah this looks like a firefox issue as I can see an odd effect possibly relating to the transform

Thanks for the spot

Cheers
Paul
The administrator has disabled public write access.
Sure, no problem.
Not using it right now but I may very soon (that's why I try to point out possible issues as soon as they're seen).

Regards,
Aadil
The administrator has disabled public write access.
I'm about to add this to our tracker

I wanted to check in and see if you guys have had time to tackle some of the bugs I've pointed out with Zentools2 as well as Buildr (from this thread and others)...would love to hear about progress with everything?

I've just about completed sorting out other fixes & adjustments (mainly styling related) via the custom.less file (+- 600 lines or so) - will maybe post that to a new thread if you're interested (it's commented faily well & sorts out some of the quirks I've spotted, in addition to other things).
Maybe you could add it to the official Buildr package if you think it's helpful?

Are you a github user?

I've created an account or two and read about the basics of it some time ago...haven't used it properly though but I'd be open to looking at it a bit deeper if you want me to (new account username: aadz1).

Can you attach your less file and I can have a look?

Thanks
Paul
The administrator has disabled public write access.
Sure, file attached.
By the way, I noticed that this forum can now be accessed (read-only) without needing to be logged in (if you weren't already aware).

Regards,
Aadil
Attachments:
Last Edit: 3 years 9 months ago by Aadil.
The administrator has disabled public write access.
With the forum can you post when its read only?

Threads can be read but not commented on unless its a free extension, template or part of the forum that allows this

Cheers
Paul
The administrator has disabled public write access.
I believe it was read-only access that I saw in this thread...I only noticed that this thread could be viewed and then I logged in so I could reply to you (I didn't look around at other threads while I wasn't logged in unfortunately).

Thanks for the file I'll have a look in the morning
The administrator has disabled public write access.
Sure, no problem Paul.
I logged out and then logged back in - I was able to see your last message here (I don't believe there's a delay).

Let me know if you managed to take a look at the custom.less file I sent...& if any of my alterations are worth using in your Buildr updates?

The less file is with the developers I forwarded it on