The social sharing is from sh404sef.

Is there a way to not show the shortcode when people share the page? 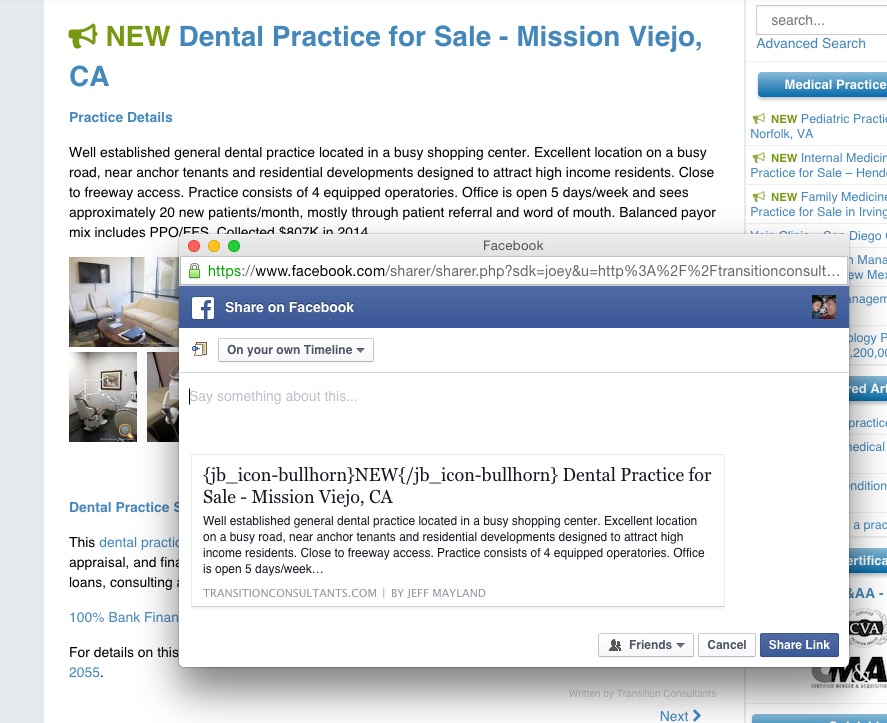 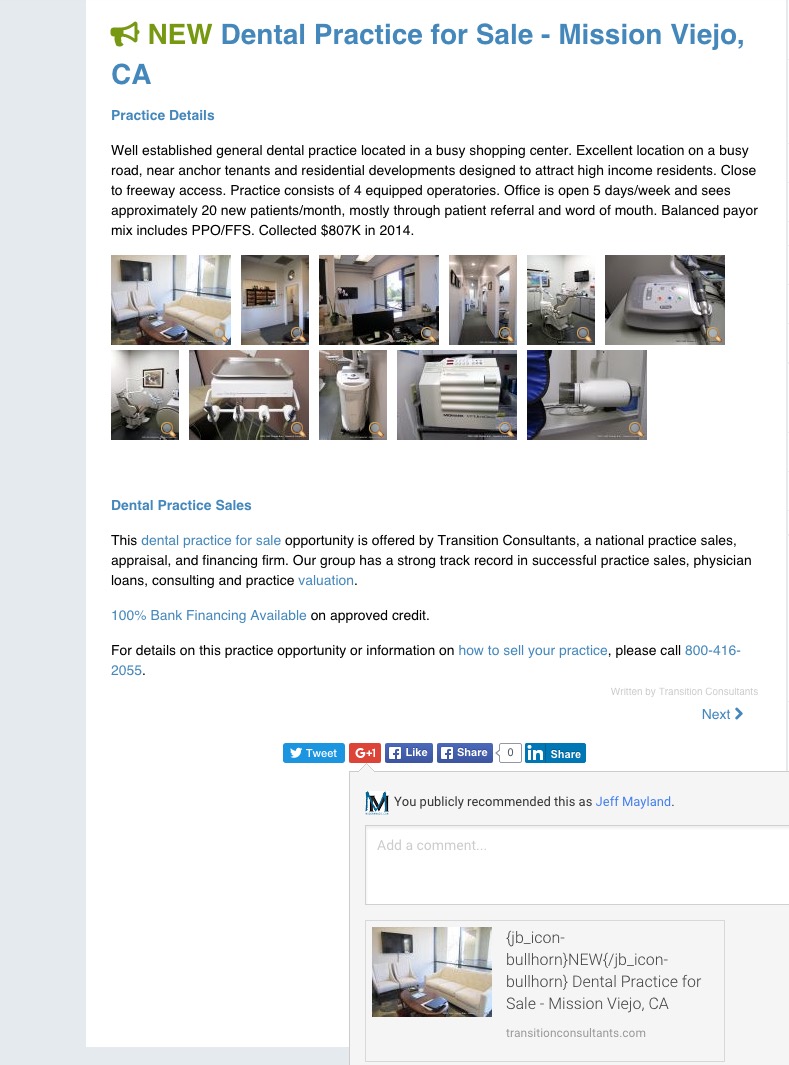 I'm pretty sure this is down to the plugin you are using to do that.

The plugin is grabbing the title of the page before jb type is getting processed so the tag is getting included.

I wonder if it would matter if you changed the order of the plugins in the plugin manager? eg make sure JB Type is triggered first (dont recall if that means it's higher or lower in the order).

Otherwise I would have to see how the plugin is accessing the title for the page.

Thanks
The administrator has disabled public write access.
To test, I disabled sh404sef, the social sharing plugin, and simply pasted in the url to facebook. The code still does not render the icon.

Do you think that, for example, facebook will render the icon? 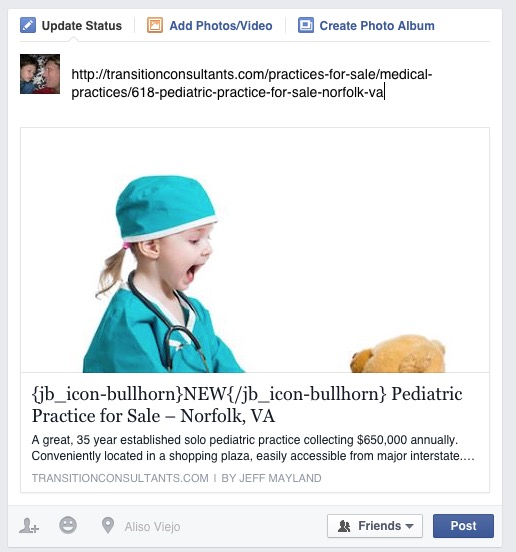 But still got the code: 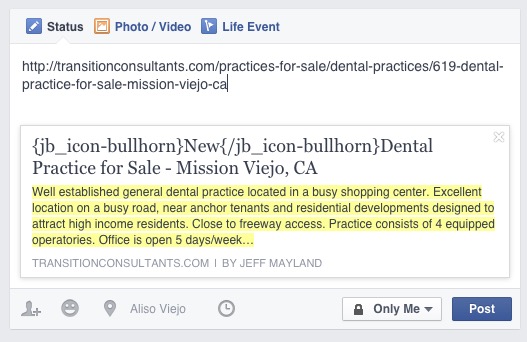 The administrator has disabled public write access.
My assumption is to not allow Jb-type to get displayed when sharing the URL.

Is it just my site or if you put code in the article title does it also just show the code?
The administrator has disabled public write access.
The icon wont show up on facebook even if the tag is converted. It has to do with the way the OG tags are created on the page.

Not sure what you mean by this:

Is it just my site or if you put code in the article title does it also just show the code?
Thanks
The administrator has disabled public write access.
I assumed that was the case.

Do you know of a way to not let the code be parsed when sharing?

Basically, how would you put icons in the article title that get rendered on the joomla website but do not show in facebook, linkedin, etc?
The administrator has disabled public write access.
Hi Jeff,

As the plugin is taking the og meta directly from the database I think the only easy way to correct it would be by replacing the og title tag in a template override.

When meta is added to the head of Joomla, it will only show one version of the same tag, so if you override it it should replace the one added by sh404sef.

In the templates /html/com_content/article/default.php you could try something like this.

The only issue might be that og tags use the 'property' attribute rather than 'name'. As 'property' is not part of the spec it's not part of Joomla's functions so sh404sef is probably not using it to add the tags.

ROb
The administrator has disabled public write access.
I need to revisit this issue.

Here is the source code that shows the meta that is being displayed on this sample page: transitionconsultants.com/practices-for-sale/medical-practices/635-selling-a-pain-management-practice-in-bay-county-michigan

The "icon-bullhorn" does not appear in the DB. 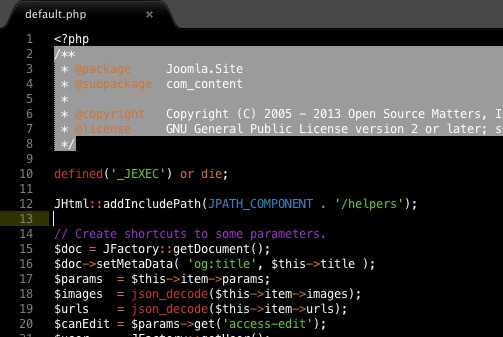 The plugin code for any plugin is stored in the database in the same way that you type it into the editore, so you will not see html for the icons in the database. The plugin runs as the page is renered and picks out it's own plugin codes and converts them into the output they should have.

As sh404sef is taking the title directly from the database it is bypassing the plugin that renders the code, so it gets outputted directly without any conversion.

Even if the the plugin code was tuerned into html, you wouldn't get icons showing in facebook, since they require assets that are loaded by your site, but not by facebook. So the only option would really be to strip out any plugin code.

The code I gave above just grabs the title and puts it in a meta tag, without doing anything to it, so it would need to be modified to make it output the content you want.

Assuming that anything between {} is plugin code, you could try this

You would also need to stop the sh404sef title tag loading.

If you are using standard Joomla articles, then it may just be easier to turn off the tags in sh404sef and add them all manually to the override.

Rob
The administrator has disabled public write access.
Please confirm that I placed in the right location: 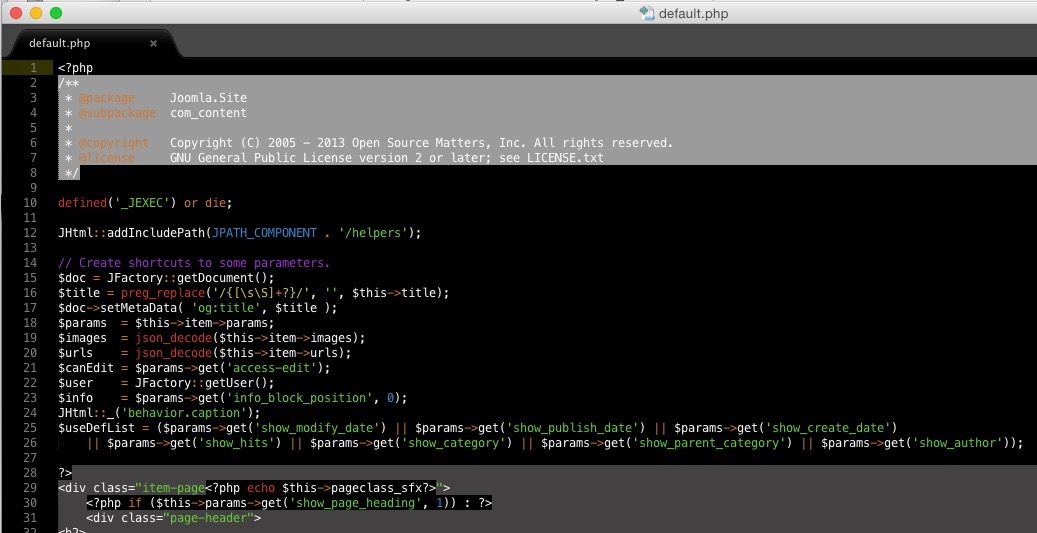 I can see the og title on the page.

The code I gave was just really an example. You can now use it to strip anything out of the content.

Just to be clear, you need to strip out anything between {} ?

Hope above is ok

Is it ok if I pop you over an email? - we are looking at some front end editing functionality as a club release

Cheers
Paul
The administrator has disabled public write access.
Due to my management agreements, I do my best to not allow the clients to edit anything on their own. The ones that I had frontend access for, that did not want to use my management, I was forced to train them in the backend.
The administrator has disabled public write access.
The following user(s) said Thank You: manh
ah thanks for letting me know

Are you having still having problems with forum question?